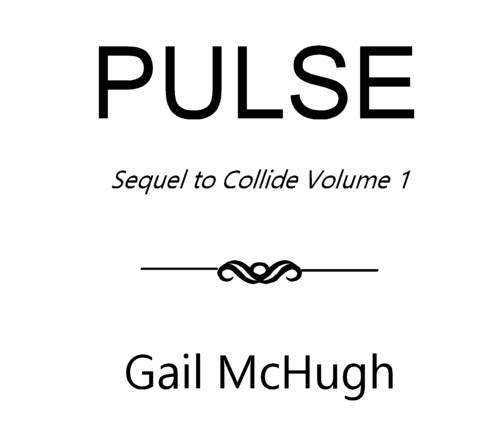 No part of this book may be reproduced or transmitted in any form or by any means, electronic or mechanical, including photocopying, recording, or by any information storage and retrieval system without the written permission of the author, except for the use of brief quotations in a book review.

This book is a work of fiction. Names, characters, places, and incidents either are products of the author’s imagination or are used fictitiously. Any resemblance to actual persons, living or dead, events, or locales is entirely coincidental.

Dedicated to women out there who have yet to find their voice, strength and courage. Never let them strip you of what you were born with. Take it back.

Emily leaned her head against the taxi window, watching the city lights of Manhattan with tear-soaked eyes. In a blur, the look on Gavin’s face as he walked away from her a few hours before rushed through her mind. The closer she got to his building, and the further away she got from her past with Dillon, the more she felt as though her sanity and heart were hanging by a delicate thread. She shifted restlessly and her gaze fell on the glowing green light of the digital clock. It was nearly one o’clock in the morning. A glimmer of hope flooded her body, and she squeezed her eyes shut, praying Gavin would take her back. As the taxi pulled up in front of his high-rise, she reached in her purse and pulled out a wad of cash. After handing the unknown amount to the driver, she swung open the door and stepped onto the sidewalk.

“Hey!” the Middle Eastern driver called. “You have to close the door, lady!”

Emily heard his words but paid him no mind. Her fumbling feet pushed her forward, kept her moving toward what she hoped would be a new start. A new future with the man she knew she couldn’t live without. She pulled open the door and crossed the lobby. Sweat clung like decay across her flesh. With a trembling hand, she pressed the button for the elevator. Her nerves skyrocketed with love and anxiety. Once the elevator doors opened, she stepped inside and leaned against the wall, physically and mentally exhausted. As she tried to stop shaking, tears steadily fell. Unsure of Gavin’s reaction, Emily struggled to pull in a decent breath.

She tried to tamp down the wicked emotions curling through her. The doors opened to what would either be a new beginning… or an end. Feet glued to the ground, she stood frozen for a moment, her eyes trained on the wall across the hallway. Vaguely aware of the elevator doors gliding closed, she became dizzy as she lifted her hand to hold it open. Slowly, she stepped out. Her vision tunneled as she turned toward Gavin’s penthouse, and her mind spun out of control with every possible scenario. She strained to focus on his words from earlier, allowing her fear to wane as her feet led her closer. Her pace quickened with every step.

Once she reached his unit, her fears returned with a vengeance, anchoring heavy in her chest. With trepidation, she knocked on his door, each knock mimicking the fierce pounding of her heart. She wiped away tears as her body trembled from head to toe. The minutes ticked by with no answer, and she knocked again, harder.

“Please answer.” She chanted the silent prayer while ringing his doorbell.

With tears trickling down her cheeks, she stared at the peephole, envisioning him staring back. The thought of him watching her stung and cut a path through her heart.

“Please,” she cried, ringing the doorbell again. “God, Gavin, please. I love you. I’m so sorry.”

Hands still shaking, she reached in her purse and pulled out her cell phone. She dialed Gavin’s number. Eyes locked on his door, she listened to it ring over and over again.

“You’ve reached Gavin Blake. You know what to do.”

Emily’s heart clenched, tightened, and dropped into the pit in her stomach when she heard his voice. That sweet voice would forever haunt her if he didn’t take her back. That sweet, pleading voice that had begged her to believe him. She hung up, dialed again, and listened once more. She didn’t speak. She couldn’t. Her frantic breathing would be the only message he would receive.

Words… she had none.

Emily pressed a hand to her mouth as the realization he wasn’t forgiving her set in. For a few painful moments, she was silent. Then grief erupted in her chest. A torrent of tears flew down her cheeks. Her cries echoed throughout the hallway. She retreated and felt her back hit the wall. She stared at his door, the vivid memory of his face ingrained in her head. Searing pain surged and twisted in her gut as she slowly made her way into the elevator, her heart plummeting with its descent.

Shoulders slumped and spirit broken, Emily unlocked the door to her apartment. A small light above the stove cast a faint glow across the living room. Quieting her footsteps, so as not to wake Olivia, Emily made her way into her bedroom. Still shaking, a cloak of sadness enveloped her as she padded into her bathroom.

She flipped on the light and stared at her reflection. The green eyes, once vivid with hope, held no semblance of life. She ran her fingers over her cheeks, muddied with mascara. Her face looked pale. Even worse, her heart was stricken with loss. She flattened her palms against the cool marble surface of the sink, hung her head, and wept, gulping for air as pain so deep blanketed her soul. Regret in the most brutal form tightened like an unforgiving noose around her neck.

She tried to calm down by turning on the hot water and splashing her face. After reaching for a towel, she dried herself and shut off the light. Fatigue slowed her feet as she made her way to her bed, and she curled up on her side. Exhausted, she sank into the mattress, attempting to gain a few hours of sleep. But that wouldn’t come.

As seconds, minutes, and hours ticked by, Gavin’s pained face and confused blue eyes invaded Emily’s conscience. She drew in a shaky breath, rolled onto her back, and stared at the ceiling. Over the next few hours, swells of gut-wrenching pain rippled across her heart. She’d let him slip through her fingers.

Trying to ignore the ear-piercing sound of Blake Industries’ private jet’s engines firing up, Gavin wondered if Emily would remember things he’d never forget. Wondered how this was truly the end. He’d lost her. In less than seven hours, she would be Dillon’s for good.